Download e-book Between Faith and Doubt: Dialogues on Religion and Reason 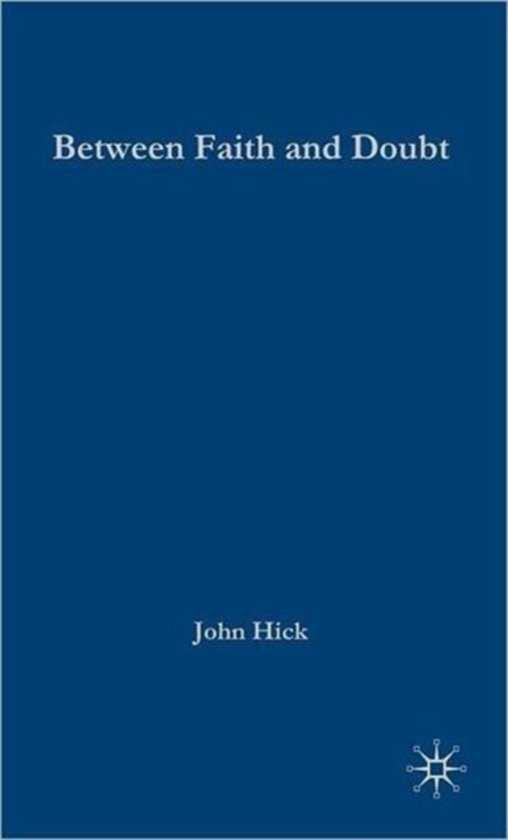 In 'A Religion of One', Andrew J Jones offers prayers, blessings, positive thought patterns, and freedom of thought ideals. Through alternative spiritual prayers, essays, and unique hybrid writings, life is examined, questioned, and ultimately revitalized into a rebirth of one's View Product.

Essay on Jurgen Habermas, Umberto Eco, and their dialogues with the Catholic Church

Many contend religion is, in its entirety, tolerant and stands as a force for good. Millions of human beings worship a god and follow the doctrine of their chosen faith, never considering how harmful their beliefs may be. For example, the breakdown of sexual morality leads to more rape, more spouse abuse, more child abuse. So we have more laws, because the church, defined broadly, has failed to salt the Earth. One presidential candidate recently said that his personal faith is private.

He implied that what matters is action, not faith. That is, if a fruit tree bears no fruit, is it a fruit tree? At the very least it is a non-fruit bearing fruit tree and not as valuable as one that bears fruit, but faith is the premise. But without faith there is not eternal life.

That is why those of us who believe that the sacrifice of Jesus Christ has saved us from hell obviously will continue to follow the biblical command to speak out about our faith. It is not about show, or gaining votes. If it is, then God will hold that individual accountable, and usually the voters will as well. In fact, for a politician to speak for moral standards is the ultimate risk because everyone is a sinner.

Not a single person is perfect and without sin. Those who speak out for truth need to be cautious about arrogance and condemnation and need to also preach redemption and forgiveness. But quite bluntly, if they are going to park those religious views at the curb and not have their faith be part of the decision-making process, who cares what their faith or personal beliefs are?

If their beliefs are irrelevant to their behavior, you might as well not have any religious views as far as the public debate is concerned. But as we become more diverse, the challenges become greater because the underlying framework has changed.

These issues are not easily resolvable. Secularism is also a religion. This has been a productive discussion. The basic assumption is that religious faith will and should shape political action. Now, beyond that basic proposition there are substantial differences, and I want to just highlight a few of those this morning. First, I want to address this leading question, which is at the heart of the Cuomo-Souder exchange, and that is not whether our religious faith should shape our political advocacy, but exactly when and how should it do so?

When and how should we attempt to translate religiously grounded precepts into civil law, to be more specific? Now, Governor Cuomo has a suggestion. He says that we should attempt to do this when those religious precepts connect with broader and more universal values. When should we not try? Now, you may have conditions of your own.

Those are some suggestions. Is there any example that can be given of an establishment of religion that would be inappropriate? They scoff at attempts to find common ground, dismissing such widely-shared beliefs as least common denominators or watered-down precepts. The appeal was to universalistic values which were shared across traditions. Now, a lot of this discussion does focus on the issue of abortion, and I would grant at the outset that abortion is a complicated borderline case. Some of the opposition to abortion is not necessarily based on distinctive theological doctrines.

I would grant that. At the very least, they seem to always propose different punishments for the two.

Dialogues in the philosophy of religion

Now, Governor Cuomo is saying that in his view, abortion is a sufficiently problematic issue, in terms of mainly proceeding from theologically grounded premises, that he prefers in this area not to translate convictions into civil law, including his own convictions, but to leave individual conscience free. We can and we should debate this issue in broader terms.


There needs to some engagement on broader grounds such as the presence of what we regard as life. There are many ways in which the abortion issue needs to be engaged, including competing personal liberties. Secondly, I hope we can attend in this ongoing discussion to the peculiar phenomenon of competing agendas. Other people have other lists: questions of war and peace, capital punishment, world hunger, American hunger, poverty, inequalities and abuses of wealth and power, and on and on.

I think most of us would grant that religious faith can and should speak to this full gamut of issues. But I think the fact that we seem so selective in the agendas we put forward ought to occasion some soul-searching. We need to be honest with ourselves and with each other that maybe the selection of an agenda is itself a matter of religious conviction, but maybe not entirely. Thirdly and finally, I do believe that there are some theologically grounded counsels of restraint that should inform this debate.

I think those theological foundations are two-fold. The first is the voluntaristic character of religious obedience. This discussion goes, of course, way, way back, perhaps most famously Thomas Aquinas: is it the business of law to make men good? We know the answer to that is complicated. We also know ultimately that in Christian and Jewish teaching, goodness is the product of a clean heart, of a good will.

There is not the slightest hint in the teachings of Jesus that goodness can be externally imposed. He taught by inspiration and example. Religious obedience is voluntary. There are useful things that the law can do. There are times when widely shared values, many of them religiously grounded, should be translated into civil law.

But we need to always have that sense, I believe, that ultimately religious faithfulness is not a matter of obeying civil law, or indeed of obeying a law of any sort. The American statesman who best understood this was Abraham Lincoln in that wonderful Second Inaugural. So there is a religious humility that our faith traditions counsel, grounded in awareness of human sinfulness and divine transcendence. That, I believe, should be central to this debate, as well as the conscientious effort to translate our deeply held values into public policy.

The power of the Lincoln example is how he combined this humility on the one hand — this recognition that ultimate judgment belongs to God alone — with, on the other hand, the strength and the determination to pursue the right as he saw the right.

It is a remarkable combination. It is absolutely, I think, integral to our religious traditions, almost miraculously embodied in that Second Inaugural, uttered while the war was still going on. That, I think, is a text in American history that should inspire us and warn us, providing a counsel of restraint, as we pursue this debate. These are not your normal Congresspeople. George Bush the elder was running for president in and he was asked, when he was shot down from his plane over the Pacific, what he was thinking about, floating there in the water. Congressman Souder draws it in one place.

And I agree with Congressman Souder on most public policy issues, but I come from an entirely different line of inquiry, a different way of thinking about this problem. And I think I come at it from that tradition. And being an idiot I come at it — and this is not insignificant — I come at it historically. It was founded on the presupposition that the big ideological debates of the age were over, that they had been settled and all that was left now was social science. As Keynes and other people said in the early Kennedy administration: We know how to make a modern economy work, we know how to solve problems; we just have to carefully define the policies that will work, and thereby we can solve poverty, we can end the business cycle, presumably we can end war and peace.

This was the heyday of social science. People in this period were still wasting enormous amounts of time thinking about Freud. The New Republic, by the way, had a weekly Freudian columnist who would describe the penile obsession of France and how that was shaping foreign policy. But this was a period of high social science. Also around this time, Gunnar Myrdal was coming to this country and writing about the civil rights movement.

His answer to the civil rights problem, especially in the South, was that what we needed was more education and more economic development. Americans would see how discrimination so completely contradicted their creed that with a little consciousness raising, a little economic development and a little education, the thing could get better and that therefore we should work gradually toward ending discrimination.

So this is the social science model. This is the model that people are basically rational, basically evenly spirited, will basically follow their own self-interest. He saw that man is capable of the most monstrous cruelties and that this was endemic in human nature, and therefore it was important to take more dramatic action. He was smarter about how to act practically in the world because he had access to a certain sort of wisdom that Myrdal and the social scientists had shut themselves off from.

And if you look at the Public Interest magazine, James Q. We did not pay enough attention to the moral nature of all these problems. We were too interested in data and evidence. And so, the Public Interest, which was born in a fit that all the great ideological fights are over, has shifted and has now become an engine of thinking about morality and ideology.

I come from a tradition where we interrupt our services to have a little seminar.